Will the Doomsayers be right….this time?

Could property fall by 40%?

AS during any crisis – and even in the absence of one – the doomsayers come out in the property market. And COVID-19 is no different.

Following the pandemic we’ve seen numerous predictions about Australian property prices, including that they could fall by up to 40%.

Will it come true? Only time will tell. But we do know that despite many price fall predictions, so far they have not come to fruition – and according to the experts they are unlikely to this time.

Two names come straight to mind when we talk about doomsayers and property prices – economists Harry Dent and Steve Keen.

In 2014 American Harry Dent predicted a 30% to 50% fall and in more recent years he has forecast that prices will halve in at least Sydney and Melbourne by 2023.

Steve Keen, from Australia, predicted a 40% fall within five years last year, and a similar drop after the GFC in the late 2000s. 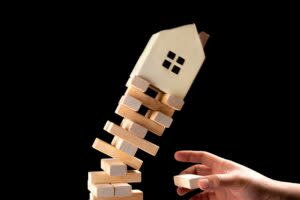 Will the property Doomsayers be right THIS time?

In reality over the past 10 years Australian house prices have grown in value by more than 36%, with the median capital city house price rising from $463,673 at the end of 2010 to $633,745 as at the end of August this year, according to CoreLogic figures. Since 2014 the data shows prices have risen by 16%.

So what will happen to prices in the aftermath of COVID-19?

The general consensus is that Australian property prices will fall a little in the aftermath of COVID-19. But a 40% drop is highly unlikely.

CoreLogic’s latest figures show Australian housing values were down in August by just 0.4%, with the fall only around 2% since the recent high in April.

“It’s more plausible that there will be some drops but they will be minimal. I think property prices will drop five to 10 per cent – it will  be closer to 10 per cent in Victoria and around five per cent for the rest of the country.”

As has happened in the past there will be some places where property prices increase and some in which falls will be felt the most.

Those to be hit hardest are likely to be near-new properties, due to government incentives to build brand new, as well as CBD apartments, with many rented by international students, says Koulizos.

“A typical suburban home – a detached house on a decent-sized block reasonably close to amenities – will not see much impact at all.”

Personal investment columnist Pam Walkley says she’s unsure of where property prices will head from here because we are in “unchartered territory”.

In the short term, she says, downward pressure could be put on prices if there are a lot of foreclosures following mortgage freezes, and if overseas migration slows significantly – which it is likely to do – and lessens demand.

“While I don’t see huge price falls in the short term I don’t really see any potential for huge rises either,” she says.

“But long term if the recession – and maybe it becomes a depression – causes governments to find ways to cut their outlays, major changes to the way property is treated tax-wise may be the catalyst for very hefty rises.

“Will we really be able to afford generous negative gearing breaks, family homes being CGT-free and not counting the family home in the assets test to access government pensions in our parlous state?”

Koulizos has undertaken research which shows Australia has proven to be very resilient in global economic crises, with prices rising in the five years after every time. 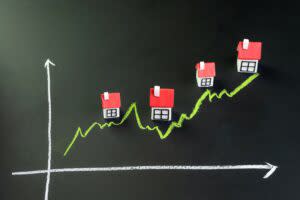 Koulizos says in the case of the current health crisis, government and banks are offering an economic airbag, including record low interest rates and mortgage repayment holidays, to soften the impact financially, which is an added positive.

He points out that in the 1990s recession unemployment hit 11% and interest rates were 17.5%, while this time around we have unemployment forecast to hit a high of 10% and 3.5% interest rate, which is going to “save property prices” in Australia.

He adds that the Australian property market is heavily dominated by owner-occupiers rather than investors, and selling their own home is the absolute last resort.

At the moment he says buyer demand is low but so is supply which means prices are largely holding up.

Paul Clitheroe, financial adviser and editor/founder of Money, acknowledges that interest rates will be low for a long time, but he adds that income growth for the vast majority of the working population will also be low.

“Add JobSeeker winding back, COVID in all probability being with us for longer than we hope, banks wanting to get repayments on loans sooner than later…. you would not need to be Albert Einstein to figure downward pressure on prices,” he says.

Right now the market is generally holding due to huge government support, very low interest rates, banks deferring loan repayment and things such as the ability to access $10,000 from Super… not to mention a majority are in front with mortgage repayments”, he says.

“But jobs will disappear and may take a long time to come back, government support will reduce and in many cases people’s reserves will dry up.

While forced supply will put downward pressure on prices, Clitheroe says with time buyers can be quite confident that a growing population and eventual recovery will see property continue to be a solid investment.

Despite the COVID-19 crisis restricting immigration and the trend towards youngsters delaying having a family, Australia’s population still grows, he says, with the average prediction for population of around 35 million in a bit over 30 years. This means demand for housing will grow going forward.”