What does Trump’s election victory mean for Aussie real estate?

Since the US election, there’s been endless speculation about what the win from Donald Trump will mean for not only the US, but other countries around the globe.

But the key here is that it’s all speculation. What will really happen remains unknown, particularly since Trump’s policies seem to be subject to change and we don’t know what will actually be implemented until he’s in office next year. In fact, he probably doesn’t know himself! 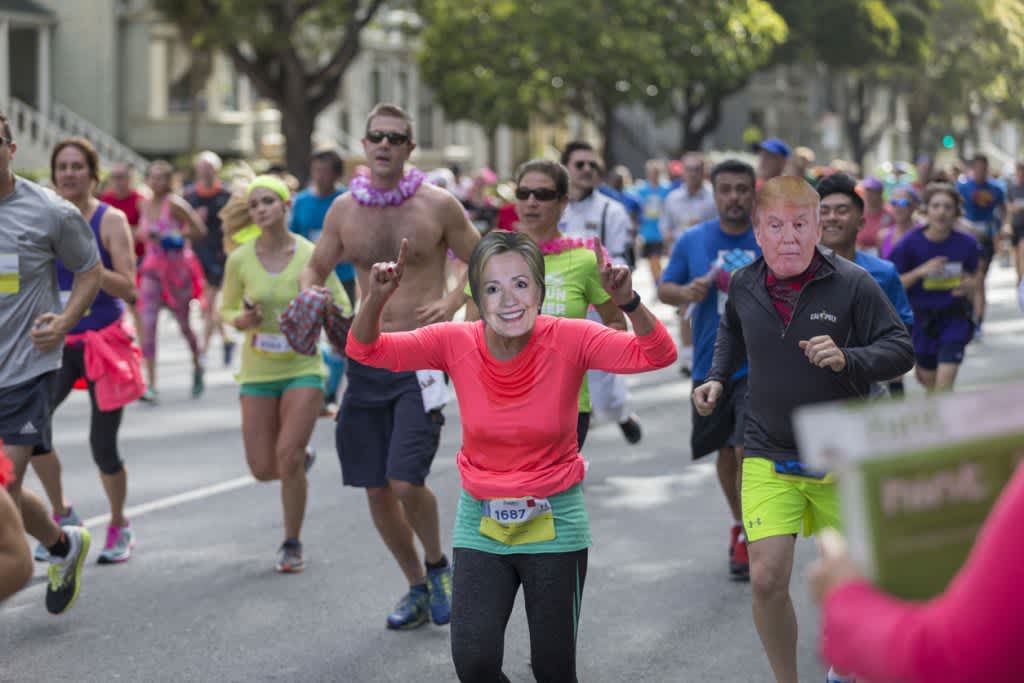 Let’s look at the positive vs. negative case

‘The Donald’s’ election win scared investors and sent shockwaves through the share market, with $32.5 billion wiped from the ASX. It quickly rebounded, however, with more than $50 billion added the following day, the best session since 2011.

Did the confidence of real estate investors take a hit too? Since the real estate market doesn’t see the impact of these events until further down the track, we don’t yet know. However, in the initial aftermath of the election, there has been a case put forward that Trump’s win could actually benefit our market.

It’s all to do with confidence and sentiment. The big positive for Australia in all of this could be an increase in foreign investment. Our country is seen as a safe-haven in the midst of global volatility, which could lead to greater demand for property and hence, push up housing prices.

Some commentators suggest demand from foreign investors could come from the United States itself, with its citizens choosing to either relocate elsewhere (although this is unlikely – just think of all the celebrities who have already reneged on their promises to leave the US!) or simply invest their money in a country they consider to be safer than their own. The US is already one of the biggest sources of foreign investment in Australia’s property market.

While some Chinese investors seem to indicate they don’t care about Donald Trump and his election to the US presidency, there is an argument that he has “declared war” with China, with promises to tighten trade agreements and increase tariffs on goods imported from China into the United States.

Some economists have argued that Trump’s trade policies could have a very detrimental impact on the global economy, potentially leading the Australian economy into a recession, negatively impacting upon the share market and the property market, which is where price fall predictions come in.

It seems interest rate predictions have already changed since Trump’s election; prior to it there was an expectation of another fall in the cash rate, but now an upward move appears more likely, as Trump’s trade policies could cause global inflation to climb. Combined with a weakened Australian dollar, this could provide an impetus for the RBA to increase the base rate. 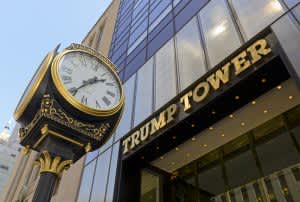 Let’s not forget Donald Trump is a real estate tycoon with property developments around the globe. He has built office and residential towers, hotels, casinos and golf courses around the world, perhaps surprisingly, he has towers in countries including Turkey, Panama, India, the Philippines and Uruguay.

While post-election Trump has said he now doesn’t care about his business empire, the fact remains that he clearly has a vested interest in real estate and keeping property markets around the world buoyant – at least where he has properties!

It will, of course, have to be balanced by his responsibilities as the leader of the free world and his determination to do what’s best for the US and its citizens.

Other interesting snippets about Donald Trump and property include: 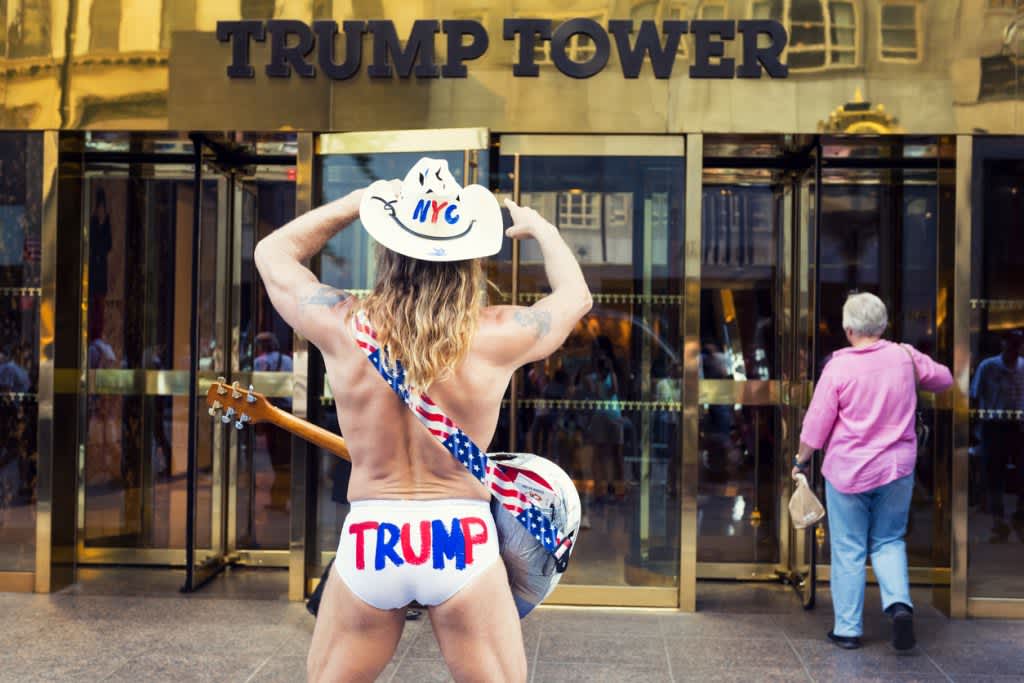 Remember it’s all about hypotheticals at the moment

We can all sit here and make claims about what Trump’s presidency will mean for Australia’s real estate market, but the reality is that we don’t know. It’s all speculation, and there’s a lot of misinformation out there too. What will really happen will only be determined in time.

At the end of the day, the fallout will be all about confidence and sentiment. IT will come down to whether people have the

confidence to continue investing in the share market versus property, and in the US versus other countries that are perceived to be safer.

It also depends on whether Australians have the confidence to keep investing in Australian real estate. Unless a recession hits, it’s likely they will. Why? Because of the fundamentals supporting our real estate market, including population growth, a stable economy, a strong banking system with tight lending restrictions, and a shortage of properties in some areas.

Any deterioration in confidence will likely be short-lived, just like Brexit.

As time goes on the initial shock will subside. The protests will eventually come to an end, and it’s likely Trump’s presidency will be more measured than people expect. Which should translate to sentiment being restored in the long term.

Property prices in the UK have indeed defied all the naysayers’ post-Brexit, being up by 7.7% over the past year according to the latest figures.

With everything being just predictions and speculation, how about we add another to the mix: Maybe the best course of action is to go and buy some shares in Boral so you can benefit when the wall is built along the Mexican border? 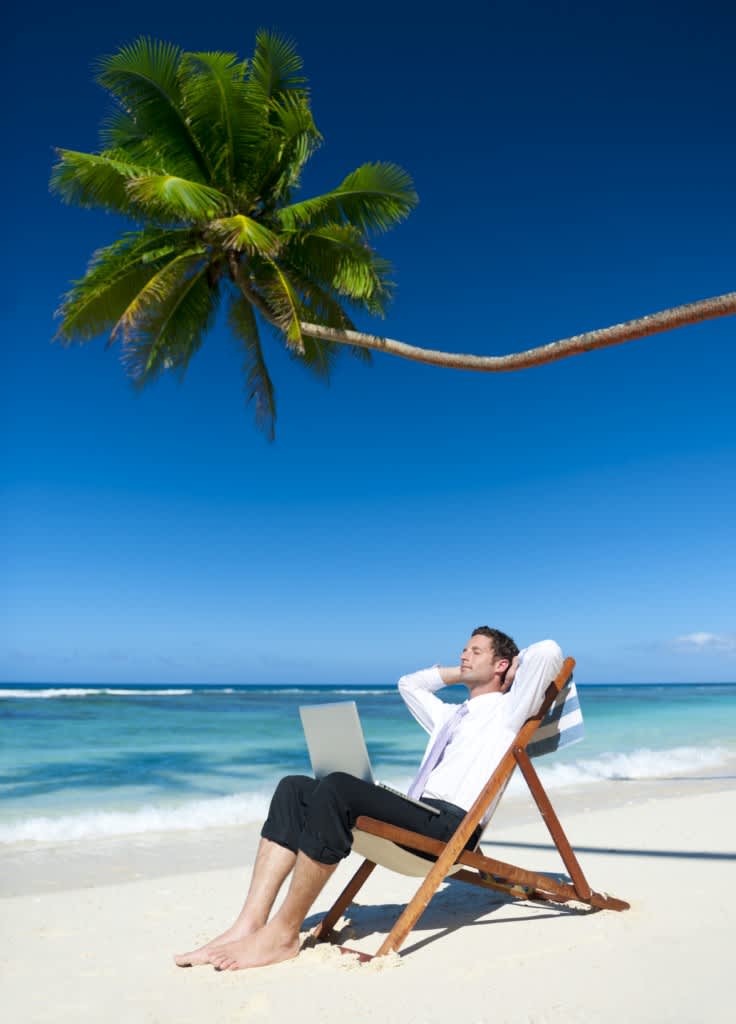 Go on holidays and claim depreciation!

The ATO has recently announced a crackdown on property investors over-claiming deductions on holiday homes, this includes depreciation.

If you’ve been on holidays, it’s very easy to get caught up in the romance of owning your own holiday home.

Purchase price, stamp duty and mortgages offset by the rental income can make it look good in the halo of optimism that comes with the first flush of real estate lust.

The “we have got to have it and we will make it work” compulsion is common when purchasing lifestyle properties.

Holiday houses can be depreciated if they are rented out to a third party but that doesn’t mean you can’t stay there when you want to.

As long as it’s available for rent most of the year you can block out a two-week period over Christmas and claim the depreciation pro rata.

You are still entitled to that deduction regardless of how many weeks the property is actually rented out, as long as it was available for the full 50 weeks.

TIP – Make sure you pro-rata any depreciation claim if you have used the property personally.

If you own a holiday home – make sure you start the ball rolling with a depreciation schedule by getting a quote here.

Fancy a villa in Tuscany, what about a Condo in LA or Loft apartment in New York? I do!

But can I claim depreciation on this property… The short answer is yes!

The main difference, however, is in regards to claiming the building allowance – that’s the wear and tear on structural elements of the property like bricks and concrete.

So if you want to maximum your depreciation benefits on an overseas property, look for a newer property built in the last decade or two. Internal items like carpets, ovens, lights and blinds – can also be depreciated, as you would with an Australian property. This is often referred to as plant and equipment.

A good place to start your research is on the ATO’s website. You can download a publication called Tax Smart Investing: What Australians Investing in Overseas property needs to know.

Like any property investing, you’ll need to do your homework, research the local market, find out about rental yields and occupancy rates. but the best thing is – this can all be done on-line these days.

The main barrier to depreciating an overseas property is working out the constructions costs, along with the expense of flying a quantity surveyor overseas.

Washington Brown has a number of affiliations around the world. We regularly inspect properties in London… New Zealand… I even did an inspection in Koh Samui (Thailand) recently.

If you have an investment property located overseas, we can help you claim the maximum eligible deductions. Request a free quote here to get started.

Here’s a video I created about claiming depreciation on overseas property, I hope you enjoy.

So there you have it. You can still invest in overseas property and reap the benefits of the Australian Tax system’s depreciation laws. But remember, the property must have been built or renovated after 1990.

If you need a depreciation schedule for your investment property – get a quote here or let us prepare an estimate of the likely deductions available to you – just submit your property for a free review here. Start claiming depreciation on your overseas property today! 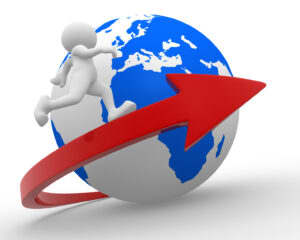 More and more Australians are investing in property overseas due to the Australian dollar being high and some countries’ economies being much weaker than Australia’s and showing a down turn in their property markets.

But can you still claim depreciation if your investment property is not in Australia?

The answer is yes, you can depreciate an overseas investment property… but there are a few key differences. The first main difference is in regards to claiming the building allowance. With Australian properties you’re entitled to claim 2.5% of these construction costs per annum, as long as the property was built after July 1985. The rate for overseas properties is the same – but the date is different. Construction of an overseas property must have commenced after 1990.

So if you want to maximise your deprecation benefits on an overseas property, look for a newer property built in the last decade or two.

Internal items of plant and equipment, such as carpets, ovens, lights and blinds, can also be depreciated as they would be in an Australian investment property. There is a very useful publication you can download from the Australian tax office website, “Tax Smart Investing: What Australians Investing in Overseas property need to know”.

The main barrier to depreciating an overseas property is working out the construction costs, along with the expense of flying a quantity surveyor overseas to prepare your depreciation report. Washington Brown has a number of affiliations around the world and we regularly inspect properties in London, New Zealand, Asia, Europe and the States.

Here’s a quick video I made on the topic – I hope you enjoy!