As of November 30, new strata laws have come into effect in New South Wales after many years of ‘toing’ and ‘froing’.

Whilst these changes encompass over 90 reforms, the one everyone is talking about deals with collective – or ‘forced’ – sales.

Essentially, there has been a softening in the current requirement that 100% of owners must agree to amalgamate and end their strata scheme in order for the unit block to be able to be sold to developers.

Now only 75% of owners need to agree. That’s right 75%! What about the remaining 25% you ask? Well, they can now be forced or compelled to sell.

This will no-doubt cause shock and outrage for some however this approach is not a new idea. For example;  other countries such as Singapore require a minimum of 90% of owners to agree. Closer to home, other states around Australia are also now pushing for similar legislation to be introduced in their respective territories.

The figures floating around suggest that more than 75,000 strata schemes and 2 million people will be impacted by this reform in NSW. 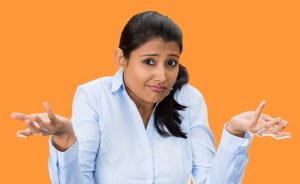 Why has the State Government introduced this reform? The simple answer is that they’re trying to encourage urban renewal.

There is a multitude of old and dilapidated apartment buildings across NSW, particularly in Sydney. Many are well-past their use-by date, and REINSW Strata Management Chapter Chair Gary Adamson notes that the cost of maintaining these is substantial. In some cases, this maintenance expense is almost equivalent to replacement cost.

Adamson states that introducing reforms to allow more sales to occur will not only alleviate the issue of residents having to fork out huge sums of money all the time, it will also allows for more higher-density accommodation developments to be built in areas close to major infrastructure.

This ‘more efficient’ accommodation is needed to cater for Sydney’s growing population. The city’s current population of more than 4 million is set to expand by nearly 50 per cent to 6.6 million in 2036.

All these extra people will need somewhere to live and chances are they’ll want to be close to amenities and services. Fair enough. This of course means that the only way forward for the city when it comes to meeting its rapidly growing housing demands is up. Indeed, it’s expected that by 2040 around half of Sydneysiders will live in strata accommodation.

While the collective sales law provides for forced sales if the minimum percentage of owners agree, it doesn’t necessarily mean the building will be knocked down to make way for a new higher-density building. The alternative is that the existing building can be put to better use by having a developer add apartments to the existing footprint and update the general block. In this case, owners can potentially move back in after the work is completed. 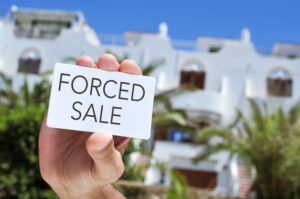 The potential issues as I see it

Since it’s only just been implemented, we can’t exactly predict the benefits and consequences of collective sales as a result of these new laws.

While Adamson is aware there may be some issues arising from the reform, he believes overall it will be a positive thing providing much-needed residential accommodation in Sydney.

It will also allow those owners who do want to sell an opportunity as they will no longer be held back by a small minority. In some cases, one owner has refused to sell because they’re holding for a ‘pie in the sky’ price. I’ve personally heard of many situations where elderly owners don’t want to leave their homes and therefore won’t sell.

Some investors could also object to sales – many may want to hold their appreciating assets for the long term, and they also may want to avoid tax implications arising from any sale, with timing being critical.

The main issue that could arise out of forced sales is the way the sale proceeds are divvied up.

It appears that the proceeds will be divided between individual unit owners according to their unit entitlements, which are the lot owner’s share of the strata scheme. This is used to calculate levy contributions and determine the voting power of each lot owner.

Unit entitlements are generally set when the building is constructed and the strata scheme is formed. It is important to note that in the past, there has been no requirement for unit entitlements to be based on a valuation of lots – rather they were largely determined at the developer’s discretion.

As such, unit entitlements don’t necessarily reflect the current value of the property. To illustrate this, consider two identical side-by-side units with the same unit entitlement; they might be now be valued differently if one has been significantly renovated and the other hasn’t been well maintained.

Owners that are forced to sell may, in particular, dispute the distribution of sales proceeds based on such examples.

In such cases, if the owners agree, the sale proceeds may instead be divvied up according to an independent valuation rather than unit entitlements.

The legislation, however, does provide safeguards for disputes over fair value. If the owners cannot reach an agreement, it will likely go to court to be decided.

What I can say with certainty is that there will be teething issues. “Nobody has gone through this so it’s yet to be tested,” says Colliers International Capital Markets Investment Services executive Tom Appleby. “It’s a grey area.”

Going forward, issues with unit entitlements versus real value should be reduced as it’s now been mandated that the former must be determined by a valuer rather than the developer submitting their own self-assessed unit entitlements.

The impact of the collective sales law isn’t restricted to residential properties either. Commercial and industrial properties are also in the mix.

In fact, Appleby believes it will predominantly be commercial buildings that are impacted.

There are many older commercial buildings in Sydney’s residential-zoned areas that are strata-titled he elaborates, and these properties provide great opportunities for developers to come along and build high-density units.

What’s more, he says, is that these commercial buildings will be cheaper to buy than residential apartment buildings.

Many commercial strata owners will be impacted by these sales, says Appleby. They might be reluctant to move but will be forced to, and will most likely be pushed out of owning and into leasing space.

“One of the major issues is there will be a shortage of commercial property to own, with older rundown (strata-titled) commercial buildings withdrawn from the supply and turned into residential buildings,” he says. 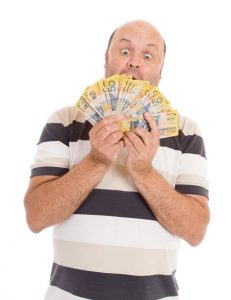 Could there be a big payday for unit owners?

Appleby says that owners in strata schemes should be aiming for 100% of owners to agree if they want developers to pay a premium, because the process for the developer will be hassle-free.

“It’ll be a headache for developers if they only have 75%, “ Appleby says. “Owners will really only get the ultimate premium if they’re offering the building in one line.”

While the objecting owners will be forced to sell in line with the new laws, Appleby says developers may have to fund legal proceedings to get the deal across the line which requires time, effort and money.

“It will be a stumbling block,” he says.

Speaking from a commercial standpoint, Appleby says that if the building is zoned for residential, then there will absolutely be a big payday for unit owners going down the collective sales route.

“Some owners are looking to get double what it was one year ago,” he says. “It depends on the zoning and where it’s located; some are looking at a lot more.”

Since the reforms have been mooted for some time, Appleby suggests that developers have been actively looking for commercial strata-titled buildings in good residential-zoned locations for at least a year to take advantage of the new collective sales law and build high-density units.

He states that many have approached owners directly, seeking to buy 75% and get control of the buildings to develop ready for when the new laws were implemented.

Rather than selling direct to developers, he says owners should be seeking to get professional advice to help them get the best possible price.

While collective sales are drawing everyone’s attention, there are a number of other interesting reforms to be implemented from the new strata laws, including:

More information about these other reforms can be found here.

Very professional and very easy to deal with. Great turn around time and your kept up to date with the progress along the way. Also tax compliant. Fantastic company