5 Things Santa Can Help You Claim!!

I wanted to spread some Christmas Cheer and mention the 5 little-known things you CAN claim on if you’ve purchased a property built after 1987. This season is about giving and I hope the below gives you some further insight on how to maximise your Tax Depreciation deductions.

For any significant renovation or improvement, its is likely that council fees were incurred along with Architect and maybe even Engineer’s costs. Whether incurred by yourself or a previous owner, these expenses should be factored into your depreciation report.

3. Many Parts to the Whole

So you’ve purchased a second-hand property and you can see that previous owners have installed a ducted Air-conditioning system. Air Conditioners are categorised as plant & equipment by the ATO so you cannot claim anything, right? Well, while you cannot claim on the mechanical components, the ducting is considered structural, or capital, in nature and you are able to claim deductions on this.

Painting (both internal and external) is considered to be a capital improvement and can therefore be claimed by subsequent owners. The same is true for Floor Sanding or Polishing. Whilst these are typically not HUGE amounts, they are claimable and help to reduce the investor’s taxable income – “every little bit helps”

Did you know that when buying into most Strata Titled complexes, you are actually taking ownership of a portion of the common areas and facilities? If you have purchased a second-hand property in a Strata Titled building or community, you are eligible to claim your portion of deductions on the capital works items/assets. This often includes things like swimming pools, lobby upgrades and basements etc.

As accredited Quantity Surveyors with over 40 years’ experience, Washington Brown are recognised by the ATO as having the necessary skills and experience to estimate the cost and dates related to previous renovations or improvements.

If you’ve purchased an “older” investment property and have not had a depreciation schedule prepared, get in touch via the link below. We’ll happily provide you with a free estimate of the likely deductions available.

The capital works allowance, or the building allowance as it is more commonly called, refers to the construction costs of the building itself including items such as concrete and brickwork.

Capital works deductions are income tax deductions. They can be claimed for expenses such as building construction costs or the cost of altering or improving a property.

Regarding residential properties, the general deductions are spread over a period of 25 or 40 years. When you purchase a property, keep in mind that the capital works deductions are not able to exceed the construction expenditure.

Also, no deductions are available until the construction has been completed if you are waiting on a new build to claim your deductions.

Deductions based on construction expenditure apply to capital works. Some examples are as follows; 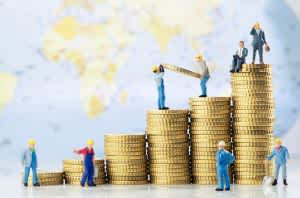 However, there is construction expenditure that is not able to be claimed in deductions.

Some of these costs that are not included are listed below;

Cost base adjustments refer to figuring out the capital gain or capital loss from a rental property. It is possible that the cost base and reduced cost base of the property will need to be reduced to the extent that it includes construction expenditure in which you, as in investor, can claim in capital works deductions.