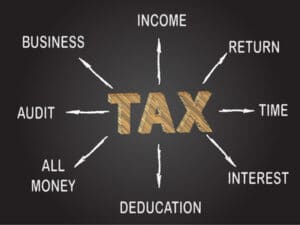 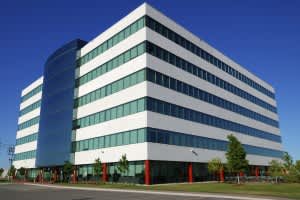 THE BUILDING ALLOWANCE (sometimes referred to as the Capital Works Deduction) is a deduction that enables property investors to offset the hard construction costs of their investment property against their assessable income. Hard construction costs may include items such as concrete, brickwork, common property items that are not plant and equipment, and even excavation. This deduction is allowed under Division 43 of the Income Tax Assessment Act (ITAA) 1997, which sets out deductions for Building Allowance.

Now, what’s so good about claiming a 4% Building Allowance? Well, obviously, the higher the deduction, the less tax you have to pay. The Building Allowance is one of those “non-cash deductions”. This means you don’t have to fork out the cash to claim it, you already did when you purchased the property.

How do you claim the 4% Building Allowance on a property?

Purchase a manufacturing building where the core activities qualify under Section 43-150 of the ITAA 1997.

Other operations that qualify include buildings in which items are brought in or maintained in the condition in which they are sold. For instance, recently we were able to claim this allowance for a major car manufacturer on the property where its vehicles were serviced.

But not all industrial buildings qualify. More than likely, if you have purchased a single factory in a complex of 50 factory units, it’s unlikely your building will qualify.

If you purchase several units that can be defined as “short-term traveller accommodation” you may be able to claim a 4 per cent building allowance.

ATO ID 2003/513 has provided clearer definition as to what can now be defined as short-term traveller’s accommodation. Unfortunately, it’s not good news for investors, as most serviced apartments fall back into the 2.5 per cent category. If your serviced apartment has a kitchen, you should be claiming 2.5 per cent not the 4 per cent building allowance – unless you own 10 in the same building.

Some investors expect to receive the 4 per cent building allowance because they own a holiday house and have it fully furnished. But this type of accommodation does not fit into the category.

The construction needs to have commenced after February 27, 1992 to be eligible. This type of investment generally has the highest depreciation claim as a proportion of the purchase price. This is in part to the higher building allowance but also because these types of investments have more plant and equipment in them. They generally have lifts, pools, and also are often fully furnished.

But a high depreciation schedule does not necessarily make a good investment. Many people have been burnt in the past buying these types of investments based upon the available tax deductions.

Surely there must be some downside in claiming the 4% Building Allowance? Well there’s no such thing as a free lunch. There is one downside – any amount claimed under Division 43 will need to be factored in when calculating your capital gains tax liability. This rule applies generally to assets acquired after July 1, 1997. But under the principal of “a dollar today is a better than a dollar tomorrow”, coupled with the CGT relief allowed, it’s still worth the exercise, especially to higher income earners.