Is now the time? Q&A with Terry Ryder

With so much going on in the Property and Finance space currently, I thought that now would be a great time to catch up with my friend and leading property analytics researcher Terry Ryder (Owner and Creator of Hotspotting).

I was able to speak with Terry recently to ask his opinion on investment and the current climate.  I wanted to share the content of our discussion with you all and hope you find it both interesting and insightful.

Terry – in your opinion is it a good time to invest in property now?

It’s time for investors to get off the fence and start taking action in real estate markets.

The revival in major city markets since May has been largely driven by owner-occupier buyers, with investors sitting on the fence and watching events unfold.

Investors exited the Sydney and Melbourne markets in droves last year as it became evident that the boom in those cities had expired.

The first half of 2019 was a perfect storm of negative factors for real estate – the lead-up to the Federal Election put a brake on decision-making, finance was hard to obtain, big city prices were trending south and media was largely pessimistic.

There’s certainly been a turnaround since then hasn’t there?

The turnaround since May has been profound. The Federal Election result led “a series of fortunate events” which unfolded in rapid succession: an easing of lending restrictions, a series of interest rate reductions, lower taxes for many Australians and a change in the tone of media coverage.

Initially, we saw an improvement in sentiment. Then, as that translated into action at street level, the real estate data started to improve. Sales activity picked up, auction clearance rates improved and price trends improved.

Terry – have you got any data to back up this improvement in sentiment?

Real estate data is now positive for most markets. Here’s what the indicators are telling us:-

Vacancy rates: Vacancies are low in most cities. Sydney is the only capital with a vacancy rate above 3%. Vacancies are much lower than last year in Brisbane, Perth, Adelaide, Darwin and Hobart. Melbourne is a little higher but still only 2%. Canberra vacancies are up but remain just 1.2%.

Rentals: Residential rents have risen in all capital cities except Sydney in the past year. Figures from Domain and SQM Research confirm the biggest growth has been in Hobart, which has the lowest vacancies. Rents are up 3-4-5% in Canberra, Adelaide and Perth, while Brisbane and Melbourne are up slightly.

Clearance rates:  Throughout August, September and October, Sydney and Melbourne have been recording auction clearance rates above 70%, compared to 45-50% a year earlier. Buyers are competing for good properties and listings are relatively low.

Prices: August and September both delivered positive price data in most cities, notably in Sydney and Melbourne. SQM’s Prices Index early in October recorded monthly price rises in Sydney, Melbourne, Brisbane, Adelaide, Canberra and Hobart. In annual terms, there’s evidence of price uplift in Brisbane, Adelaide, Canberra, Hobart and even in Darwin. Sydney and Melbourne remained down in annual terms, but only by 1-2%, much better than six months earlier. There have been strong rises in many regional markets also.

Investors drifted away from real estate in 2018 and early 2019 because it seemed the growth party was over. Now, all the evidence points to recovery.

The latest lending figures showed the first signs of investors returning to the market. I expect subsequent months to show investors coming back in greater numbers.

Thanks Terry I look forward to chatting with you more in the upcoming months.

It’s no secret that there are different strategies when it comes to investing in property. Some people prefer to invest in brand-new properties, while others opt for older property that they can renovate and resell for profit. Whilst depreciation should never be the reason behind an investment decision, recent legislative changes have altered which types of properties are eligible for depreciation deductions.

When announcing the Legislative Changes in 2017, the government stated that moving forward, they will “Deny income tax deductions for the decline in value of ‘previously used’ depreciating assets.”

What does this mean for investors? Let’s look at this in context. If you look at the table below, you’ll see a simplified net effect of the cost of owning an investment property broken down into three generalised scenarios:

The assumptions are the same for each scenario: each property will generate a weekly rental income of $700 over a 52-week period, which works out at $36,400 per property.

Furthermore, the interest rate is 4 per cent for each property. Each scenario incorporates an LVR of  80 per cent of the purchase price ($750,000) – This equates to an annual interest expense of $24,000.

Each property will have other expenses – Assumed at 1.5 per cent of the purchase price, which is $11,250 annually. Granted, you could argue that property built before 1987 could have higher expenses, but for ease of comparison, we’ve kept the same rate.

So, it’s the same scenario for each property with the net outlay before depreciation of $1,150.

Now, here’s where things get interesting! What about the depreciation?

Note: Recipients of this email are entitled to a FREE estimate of the depreciation deductions available. If you own an investment property, new or second-hand, and haven’t had a depreciation schedule prepared, click here to request an estimate.

Depreciation on a brand-new property

Depreciation on an old property

Next, let’s look at the property built before 1987. Again, there is a $1,150 cash surplus before depreciation. In this example, you cannot claim depreciation on the previously used Plant and Equipment or on the original structure. So, here, you’ve actually increased your taxable income by $1,150. If you are in the 37 per cent income tax bracket, this equates to you paying an additional $426 in tax.

Depreciation on a second-hand property built between 1987 and 2017

Using the same variables, if you bought a second-hand property built between 1987 and 2018, your annual tax loss would be $2,850, so you would receive a tax refund of $1,055 (providing you are in the 37 per cent bracket). Your cash surplus before depreciation was $1,150, so your annual surplus for owning the property is $2,205. That means your weekly cash flow a positive $42.

As you can see, from a depreciation perspective, there are pros and cons of buying brand-new vs older or almost-new properties. Again, whilst a property’s likely depreciation deductions shouldnt be the main reason for a purchase decision, depreciation certainly has a significant impact on an investor’s cashflow equation.

Remember: To receive a FREE estimate of the likely deductions available to you on your investment property, whether new or old, click here! 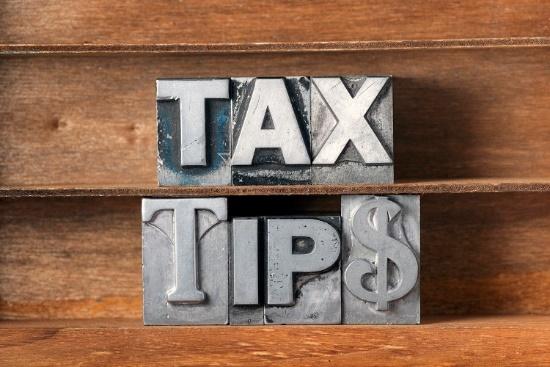 You Can Claim Tax Deductions in Australia for Previous Renovations

When considering tax deductions in Australia, most investors only take their own renovations into account. It does make sense. After all, why should you be eligible to claim deductions on your investment property in Australia if you didn’t pay for the work?

Perhaps surprisingly, you can claim deductions for the previous owner’s renovations. However, there are several things you need to consider. For example, how much you can claim depends on when you purchased the property. The effects of the 2017 Budget play a role here, as what you can claim differs depending on if you made your purchase before or after the budget. Let’s look at what tax deductions in Australia you can claim in both scenarios.

You Bought Before the 2017 Budget

Things are simpler if you bought the property before the 2017 Budget. If this is the case, you can make claims under both Division 43 and Division 40 of the Income Tax Assessment Act (ITAA).

Division 40 relates to the equipment installed in the property. Your investment property in Australia may have an air conditioning unit or some other piece of equipment

that the previous owner installed. If that’s the case, you should be able to claim for it.

The only real barrier is that you may not know the completion date for the work or the cost. Not all sellers will provide you with this information. If that’s the case, you need to employ the services of a quantity surveyor. Your surveyor will provide you with a cost estimate, which you can use when claiming tax deductions in Australia. The Australian Taxation Office (ATO) does not accept estimates from other professionals. For example, you can’t get an estimate from your accountant for the work. It has to come from a quantity surveyor.

You Bought After the 2017 Budget

This is where things get more complicated. You have to consider the extent of the renovation work, as well as whether any was carried out in the first place.

The new budget introduced the term “new residential premises” into the equation. To understand what this phrase means, we need to look at the Goods and Services Tax (GST) Act.

What Does the GST Act Say

You’ll find references to “new residential premises” in sections 40 to 75 in the GST Act. Generally, such a premises is one that has not been rented out or sold as a residential home before your purchase. This won’t usually present a problem. After all, that language basically covers new properties.

What Does This Mean for Me?

If your investment property in Australia does not fall into the substantial renovations category, you may not be able to claim the same deductions that you could on a property built before the 2017 Budget. In particular, you won’t be able to claim Division 40 depreciation. New equipment on its own is not enough to constitute a substantial renovation.

However, this changes if the building has undergone enough renovation to become a “new residential premises”. In such cases, you can claim for both Division 43 and Division 40 work.

You’ll need the help of a quantity surveyor to work out the extent of the work undertaken on your building. Your surveyor will create a timeline for the building. This will estimate the work carried out, its cost and its extent. You can use this information to figure out if your building falls into the “new residential premises” category.

Don’t fret if it doesn’t. You can still claim for Division 43 work. Your quantity surveyor will be able to provide more exact information detailing exactly what you can claim for.

You’ll need the services of a quantity surveyor, regardless of when your property was built. They will be able to tell you what previous renovations you can claim for.

We can help you if you’re looking for a quantity surveyor. Contact us today to maximise the depreciation on your property’s previous owner’s renovations. 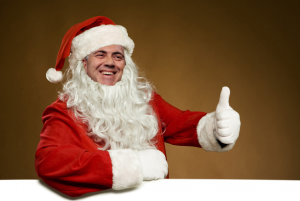 Small businesses with a turnover of less than $2m can now claim an immediate tax deduction when purchasing plant and equipment valued under $20,000.

This new tax break will deliver an early Xmas present to fit-out contractors who specialise in restaurant and small office refurbishments.

I was expecting a tax break but was surprised by the quantum of the tax break.

I think $20,000 as an immediate tax deduction for individual items is a huge amount and an incredible incentive to bring that fit-out forward.

Washington Brown recently refurbished our office for a cost of $202,000 and were able to claim $35,000 in depreciation in the first year. If we’d carried out the same fit-out today our first year depreciation would’ve been over $123,000. That’s a HUGE difference.

Quantity Surveyors are experts in breaking down the overall construction cost into individual items and now has never been a more appropriate time to do this.

There are four main points to consider:

Some examples of what may qualify for an immediate tax deduction include carpet, desks, blinds, work stations and a lighting upgrade.

Now has never been a better time to upgrade that office or refurbish your restaurant.

Very professional and very easy to deal with. Great turn around time and your kept up to date with the progress along the way. Also tax compliant. Fantastic company